How to Add a Featured Video to Your WordPress Posts

WordPress has a featured image option implemented by default.

But what if you want to add a featured video to your WordPress posts instead? Is that possible?

Yes, it is, and I’ll show you how to do it via your theme (if available) or a plugin that’s not outdated (yet)!

Nowadays, more and more WordPress themes allow you to add a featured video to your posts.

So, the first thing you should do is to check if your theme supports a video format for posts.

Usually, you can see this in the post’s editing area, on the right side.

Here’s how it looks like on Avada (affiliate link), which is the theme I’m using. 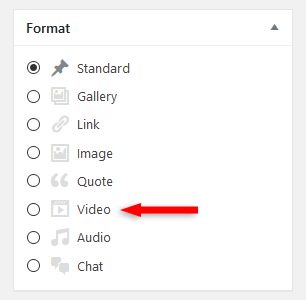 This allows me to embed a video from Vimeo or YouTube (in my theme’s case), and add it as a featured video, as you can see in this post, for example.

If your theme doesn’t provide such an option, check the alternative below.

How to add a featured video to WordPress posts via plugin

The plugin is called VideographyWP, and at the time I’m writing this tutorial, it’s most likely the only plugin dedicated to adding featured videos to your WordPress articles.

There’s one more that you might have bumped into in many other posts, but it’s seriously outdated, thus unreliable and not recommended!

I’ve also searched for a plugin on CodeCanyon (affiliate link), which is a pretty big marketplace, but surprisingly, I haven’t found any.

I mean, there were a couple, but they were offering a ton of other extra features, and it’s not practical to install a plugin packed with features if you just need one or two.

Now, let’s take a look at the VideographyWP plugin.

After you install the plugin, you can check its settings by going to Settings -> VideographyWP Lite (since it’s the free version).

What some of you might find annoying is that you’ll have to create a YouTube API key in order to embed videos.

The developers added a link with a detailed tutorial on how to do that, so it will make things easier.

After installing and setting up VideographyWP, in your posts, on the right side, you’ll see a query video box. 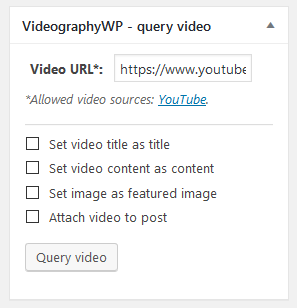 Add a Video URL, check whatever options you wish to implement, then click on the Query video button.

Scroll down and you’ll see other video settings, depending on the platform. 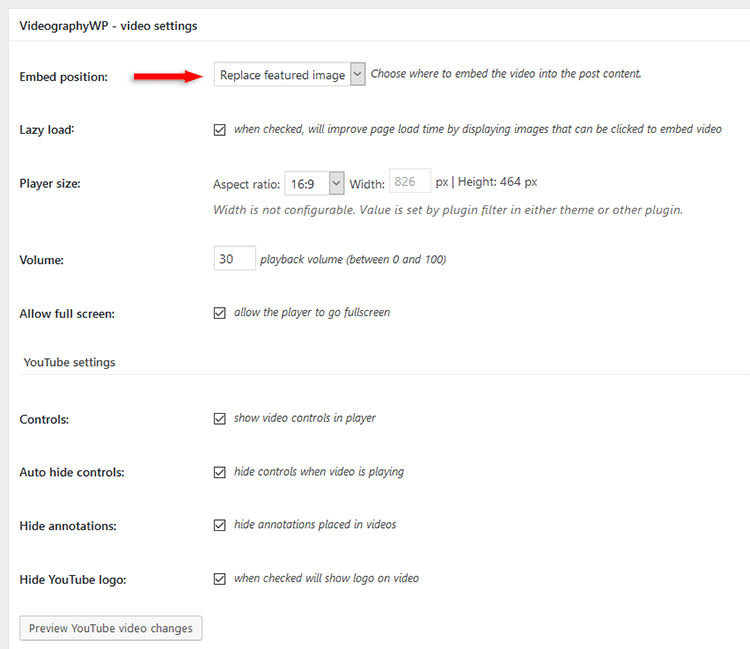 Make sure you select Replace featured image at the Embed position setting to have a featured video displayed for your WordPress post.

Here’s how it will look like on the front-end: 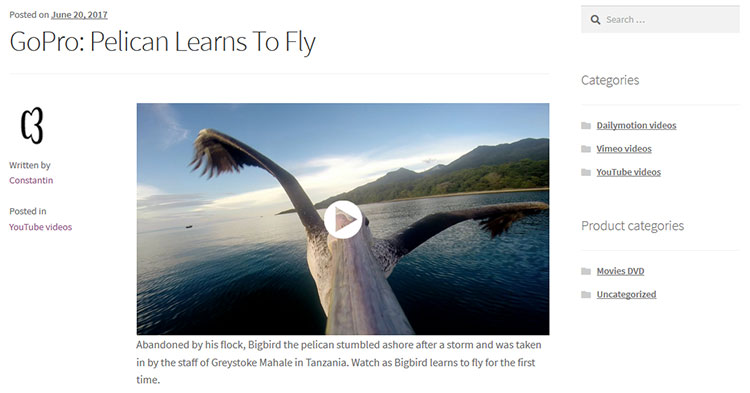 It might not seem like an embedded YouTube video, but that’s just the lazy load feature in action, which adds the video’s thumbnail and only starts to load the video after the user clicks on it, therefore improving your post’s loading time.

For this example, the title, content, and featured thumbnail were automatically embedded by the plugin.

So, basically, you can create a post just by just adding a video link. I don’t think it’s a good idea when it comes to duplicate content, though, but that’s up to you.

The developers have also set up a demo system. You can log in to WordPress there and check things out.

If you want to add Vimeo and Dailymotion videos too, you need to go Pro.

The Pro version offers other cool stuff, like adding a featured video for WooCommerce products.

It’s a pretty neat plugin, no?

Let me know in the comments if you’re planning on using it.

Don’t forget to share it below to help out others!

If you want to start your own WordPress blog, or need a website for your business, ThemeSkills’ WordPress installation service is at your disposal! On-going WordPress support and maintenance are on the menu as well!

You can also purchase a ready-made WordPress website with hosting and support included!